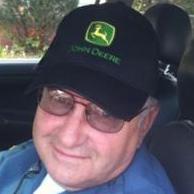 Jerry Hicks, 69 of Bonne Terre, passed away Sunday, December 4, 2011 at St. John’s Mercy Medical Center in St. Louis. He was born February 19, 1942 in Campbell, Missouri to the late Truman and Elnora (Cashion) Hicks. Jerry was also preceded in death by his sister, Brenda Wey.

Jerry served in the United States Navy and Army Reserves and later became a deputy for St. Francois and Ste. Genevieve Sheriff’s Departments as well as an officer for the Elvins Police Department. Jerry was a Leadwood police officer for a total of fifteen years, serving as Chief of Police for the last four years. Jerry was a past recipient of Police Officer of the Year Award for his outstanding service and dedication with the Leadwood Police Department. Jerry was a Past Master of Bismarck Masonic Lodge, member of the Leadwood Masonic Lodge and a member of the Swords of Bunker Hill. Jerry loved refurbishing and driving his John Deere Tractors in parades.
He is survived by children, Jerry Wayne Hicks of Farmington and Judy A Hicks of Bonne Terre; first wife and mother of children, Jean Steltzer; grandchildren, Mandy Hicks, Angel Hicks, Alex Hicks, Nathan Hicks, Maddie Hicks, and Katie Bennett; great grandchildren, Keaton Joseph Ward, Allen Robert Hicks, Aubrey (Hicks) Wallace; special friend, Rachel Freeman; siblings, Betty Farmer, and Debbie Kerperien.. 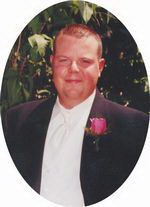 Scott Jared "Skippy" Porter of Irondale, Missouri departed this life on May 29, 2006 at Mineral Area Regional

Medical Center as the result of an accident. He had reached the age of 27 years and 6 days. He was born on May 23, 1979 in Farmington, Missouri, a son of Jim and Debra (Barbee) Porter.

Scott was known for his humor, his love of family, and his willingness to help others. He began as a volunteer Junior Fireman with the Irondale Fire Department at the age of 14, and continued serving the department throughout his life. As the Assistant Chief, Scott wrote a grant to get the department a new $100,000 fire truck. Scott also served the community as an EMT with the Washington County Ambulance District, a volunteer fireman on several local departments, and a dispatcher for both Washington County and St. Francois County 911 centers. Scott continued saving lives even after his death, with the donation of his organs.

On May 22, 2004, Scott was united in marriage to his true love, Brandi Renee Akins. He loved spending time with Brandi's sister, 4 year old Brianna, and hoped to one day have children of his own. Scott and Brandi found out, just weeks ago, that dream would come true with the birth of their first child, Addyson, who will arrive in January.

Scott was a loving husband, son and brother. He would have been a wonderful father. From a young child Scott filled the house with love and laughter and continued to do so as he grew into a man. 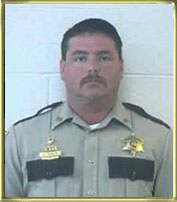 On September 29, 2001 at approximately 8:00 AM while patrolling US Hwy. 67 just north of Leadington Missouri, Deputy Steven R. Ziegler, Officer 989 of the St. Francois County Sheriff's Department, was involved in a serious vehicle accident that resulted in his death.

Steve was unable to safely maneuver his patrol unit from danger without colliding with other traffic. The trailer struck his patrol car in the left front driver's side, causing it to spin out of control.  Eventually both vehicles came to rest in the median, with the trailer coming to rest on top of the patrol car.

Deputy Ziegler was transported to the Mineral Area Regional Hospital and then immediately flown to St. John's Mercy Medical Center in St. Louis, where on September 30, 2001, at the age of 32, he passed away as a result of his injuries.

Steve had worked for the St. Francois County Sheriff's Department for 8 years and during most of that time he was a Field Training Officer. He also worked for the Bismarck Police Department as a Patrolman. His dedication and work in the Law Enforcement community was admired by all.

Our friend and fellow officer left behind a wife, Racheal Lea Ziegler, a 13 year old son Eric, a 9 year old daughter Loren, a 3 year old daughter Madison, a 18 month old son Cole, and countless other friends and aquaintences.  He will be truly missed.